The Canberra Raiders and major partner Denman Prospect have presented Homes for Homes with a $20,400 cheque to aide their mission to end homelessness in Canberra.

Over the course of the last five years, the Raiders and Denman Prospect have been running the ‘Homes for Homes, Points for Cash’ initiative which sees $100 raised to the cause for every point the Raiders score at home games.

During this time, the initiative has seen $134,500 raised and has helped Homes for Homes be able to provide Canberrans with safe and comfortable living conditions. 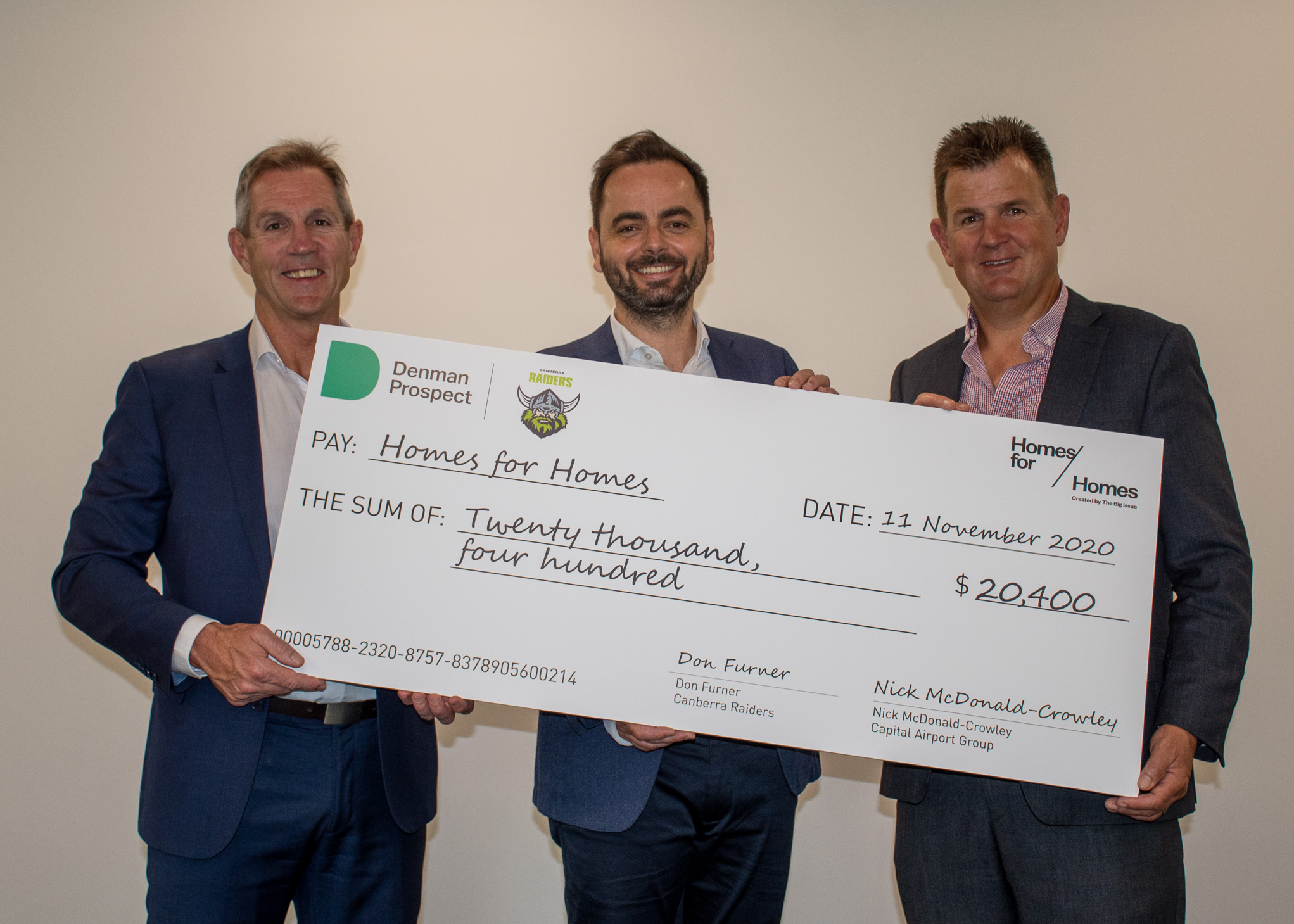 Homes for Homes Partnerships Manager, Nicholas Andrijic, was impressed by the contributions of both the Raiders and Denman Prospect and said that the money raised has been making a difference in the Canberra community.

“So far in Canberra alone, we’ve funded two projects,” Andrijic said. “One was in the suburb of Nicholls which housed two elderly women who had been victims of domestic violence. Now they have got beautiful and safe accommodation through the Havelock Housing Association.

Nick McDonald Crowley, Director Project Delivery, Denman Prospect, said it was pleasing to see a positive impact being made across Canberra.

“Community contribution is really important,” McDonald-Crowley said. “The Raiders and the Capital Airport Group – who are the parent company of Denman Prospect – are big supporters of the community.

“Homes for Homes is a really clear way to help disadvantaged people get the most fundamental thing that people need which is a roof over their head”.

Canberra Raiders CEO Don Furner has been pleased to see the initiative thrive over the last five years and is looking forward to seeing the program continue in 2021.

“We can’t thank Denman Prospect enough,” Furner said. “This is probably the most creative fundraiser we do all year.

“We had to play a lot of away games. We weren’t [at GIO Stadium] as much as we wanted to. We’re back here next year so we’re looking forward to putting this on again, scoring a lot more points and maybe cracking $30,000 next season.”

In addition to the money raised through Raiders home games, Denman Prospect has also contributed more than $400,000 in donations through their 0.1 per cent contribution on all land sales.