We are thrilled that Denman Prospect has been announced as a finalist for ‘Best Masterplanned Community’ in the Property Council’s 2021 Innovation & Excellence Awards.

Capital Estate Developments (CED) has a proven track record of innovating and investing in Canberra, not only for the immediate future, but for the long-term. As a locally-owned company, we are committed to adding quality developments and infrastructure to our home city.

Since purchasing Denman Prospect from the ACT Government in 2015, CED has been unwavering in our focus to create a world-class suburb with intelligent, sustainable, thoughtful design and amenities.

Our project vision for Denman Prospect hinged on investing in infrastructure early and creating outstanding amenity for residents right from the beginning. This included the early delivery of infrastructure such as the Denman Village Shops and temporary playgrounds while Ridgeline Park was being built. 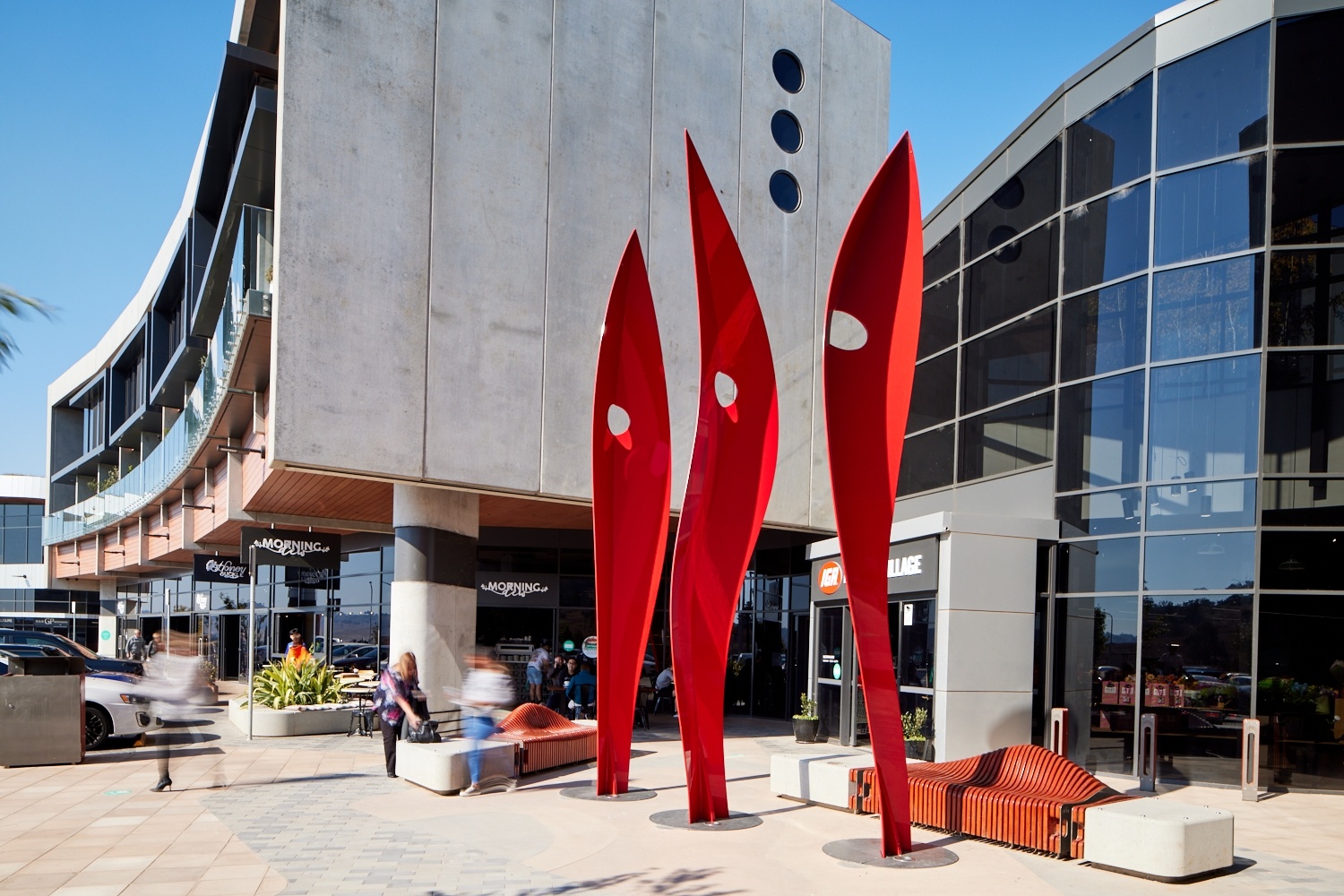 The Denman Village Shops are at the heart of Denman Prospect’s vibrant community, and were the first shops to be delivered for residents of the greater Molonglo Valley region. The shopping precinct sits adjacent to a future barbecue and picnic area with views over Craven’s Creek and sets a new standard for local shopping amenities in Canberra. The shops now include an IGA Supermarket, Capital Chemist, Dominos Pizza, Club Lime Gym, a café, a licensed restaurant, plus healthcare offerings of a GP, dentist and chiropractor. 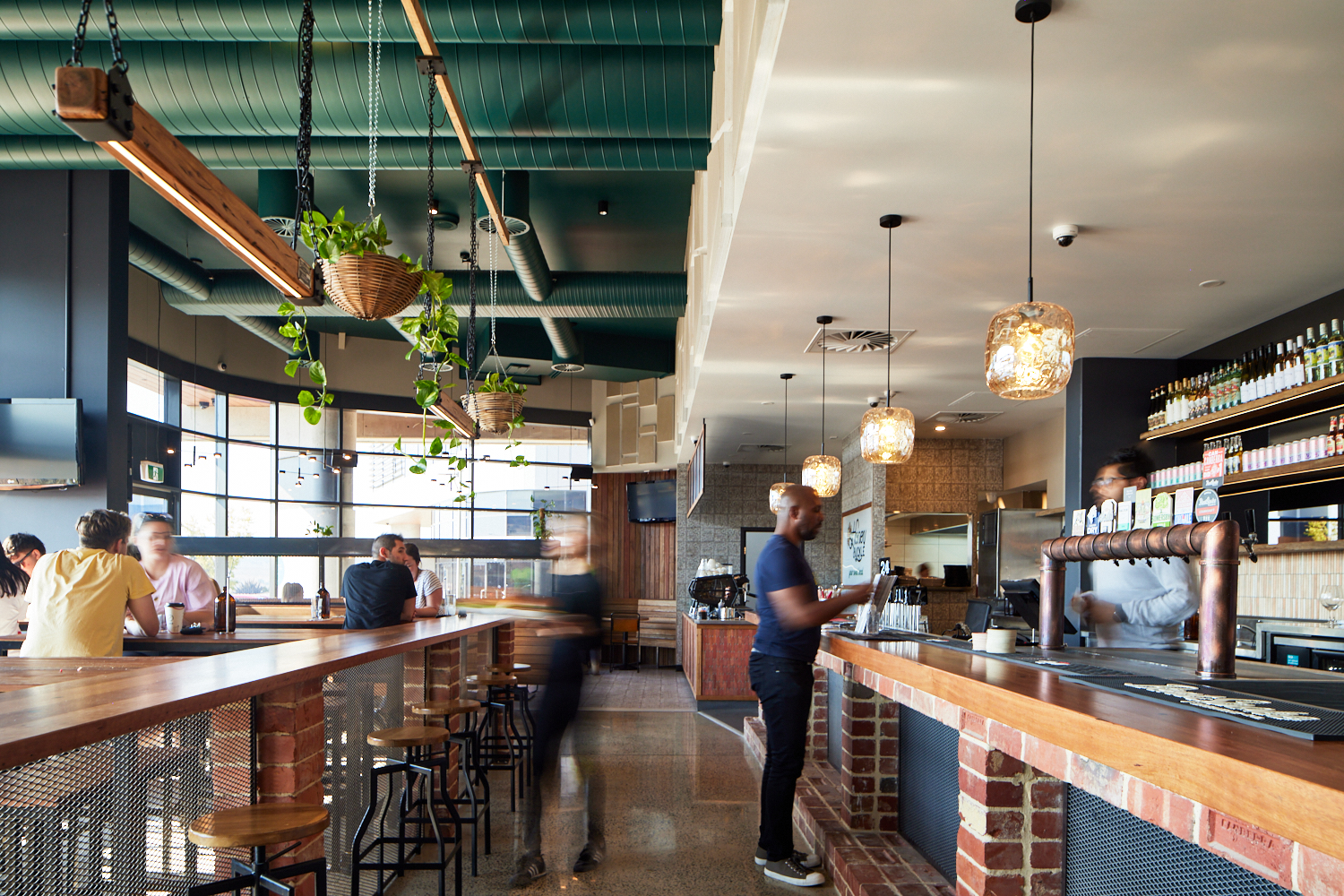 Denman Village Shops opened in January 2019 when the suburb was still in its infancy and the population was less than 1,000. We believed it was important to establish a thriving centre for the suburb from early on, and we also understood the demand for shops from the residents in neighbouring suburbs in the Molonglo Valley, with the 7,000 residents across the emerging suburbs of Wright and Coombs not having access to local shops.

While blocks for houses were in higher demand at that time, we strategically designed and released the units surrounding the shops so that the timing of the opening of the shops would coincide with a large number of people moving into the area. This helped ensure a high uptake of retailers and a thriving community hub right from the start. 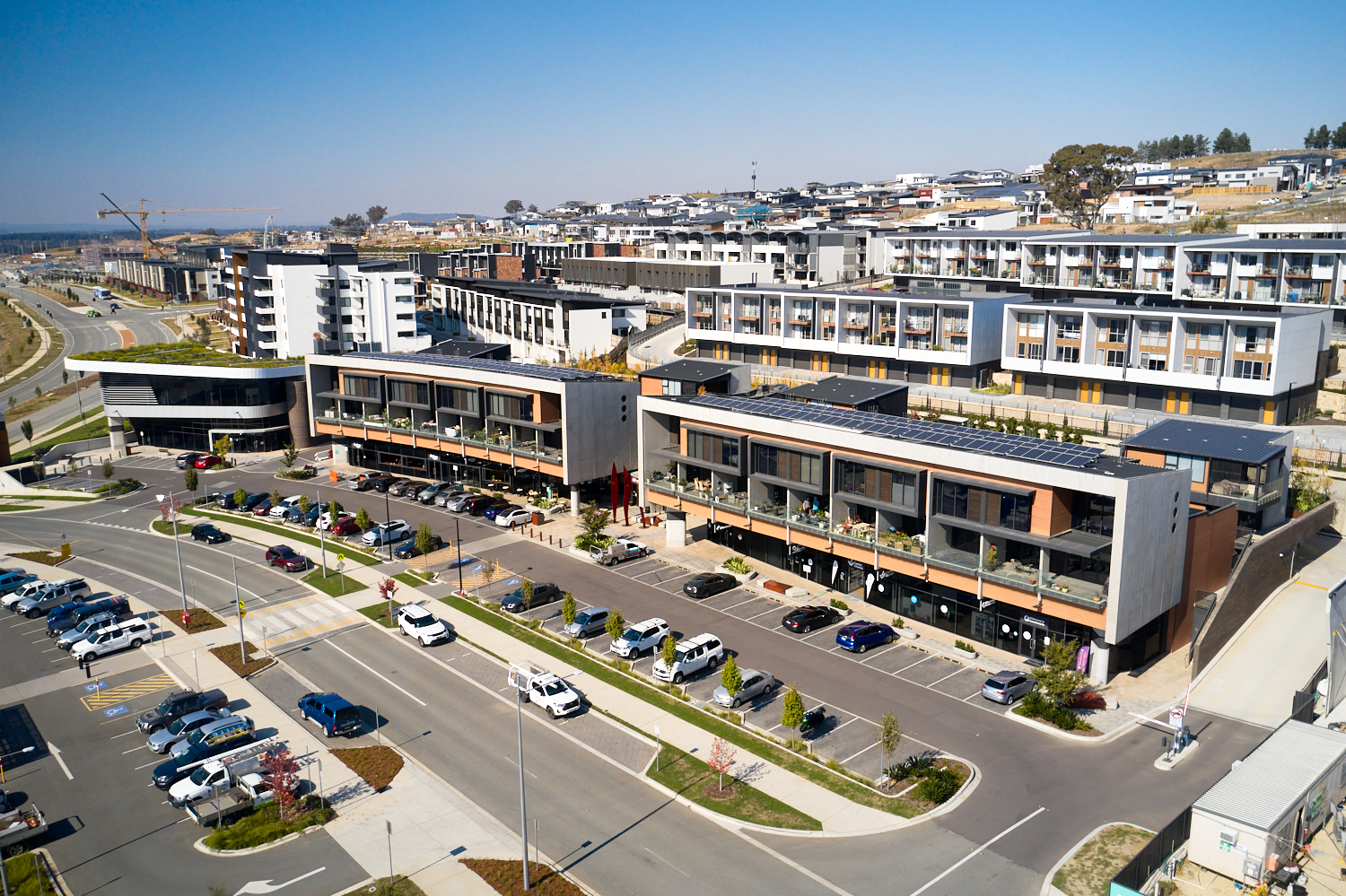 The ACT Government’s original plan for the first stage of Denman Prospect included additional residential blocks across the ridgeline, however CED redesigned one section to remove a street of houses to increase the area of the shared community asset Ridgeline Park: a focal point for the suburb with stunning landscaping, wide open spaces and playgrounds. This theme was consistent with the National Capital Plan, which reserves these elevated areas as a public asset.  We also put extensive resources into landscaping and planting mature trees, and a series of striking public art around the suburb. These outlays made Denman Prospect a more attractive offering for buyers, and invigorated land sales and importantly amenity for the residents. 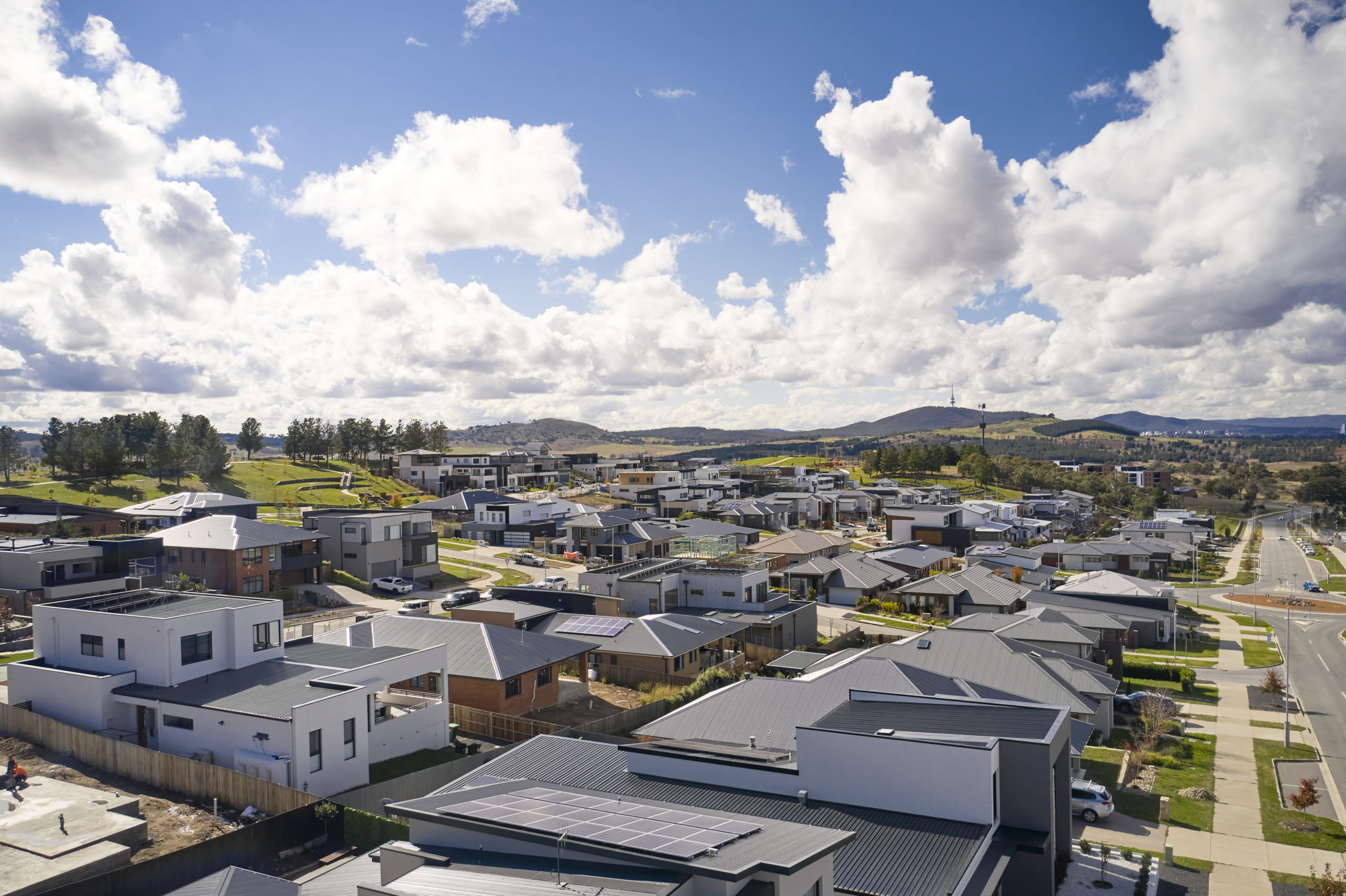 Denman Prospect sits on an elevated site at the base of Mount Stromlo, with stunning vistas towards the National Arboretum, Black Mountain and Lake Burley Griffin. While the diverse topography could have also presented a costly issue for development, particularly given the steepness of the slope in parts, we designed Denman Prospect to draw in the landscape and embrace the spectacular existing assets.

We encouraged new residents to let the natural form of the landscape dictate the design of their new homes, with guidelines that embraced diversity of architecture. This means that, far from the typical ‘cookie cutter’ look common within master planned communities, Denman Prospect boasts appealing and unique streetscapes, with each home distinct from its neighbours. 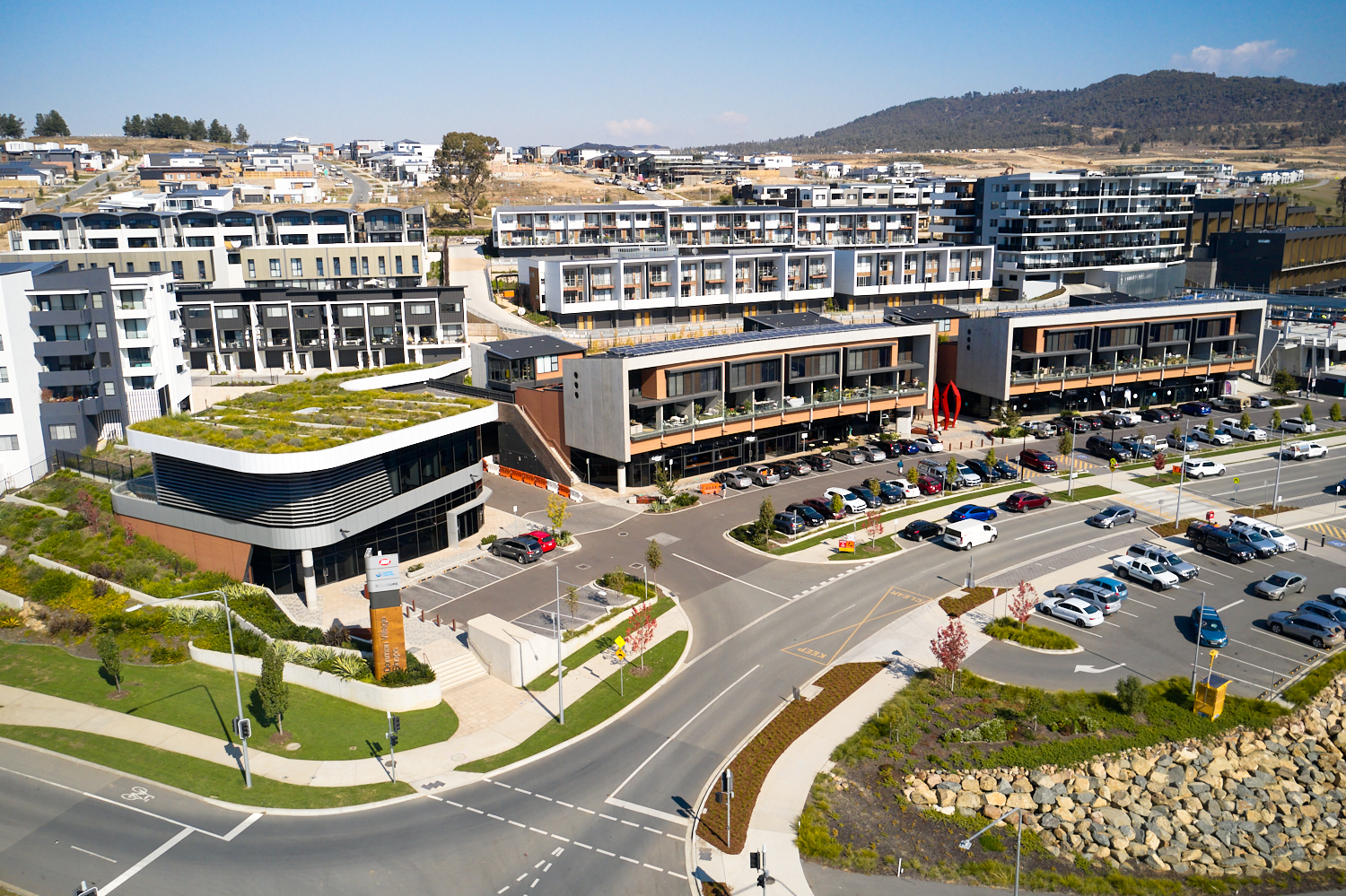 We also are passionate about encouraging active communities, so Denman Prospect was designed so everything residents could need is either walking distance or a short drive away. We included infrastructure that promoted the use of public transport early, including an express bus service to the city, from very early on. Our design prioritised easy connections for cyclists and pedestrians all throughout the suburb to encourage ease of movement, and we worked closely with engineers to ensure all paths were a maximum of 5% slope. In support of the ACT Government’s $15 million investment towards active travel and providing strategic expansions to Canberra’s cycle network, we were proactive in setting up a cycle network within Denman Prospect. We also initiated conversations with ACT Government agencies to provide additional connections to Mount Stromlo’s network, so that the future of the Molonglo Valley will have well-connected and accessible trails for cyclists, on-road and off-road. This demonstrates our strong commitment to progress future healthy lifestyles in the Molonglo Valley.