The day Ryan Hemsley proposed to Cindy Chia started out as a pretty shocking day for Cindy.

The proposal took place at sunset on Sunday 16 June, at Denman Prospect’s Ridgeline Park, and while Cindy cried tears of joy after the big event, she’d almost been crying tears of misery in the lead-up.

Cindy had flown back to Canberra from Perth the night before the proposal, leaving her family behind in what is her original home town.

When Ryan collected Cindy from the airport on Saturday night, he delivered another blow.

He told Cindy that her dream engagement ring – a stunning ring they’d shopped for together and even had fitted to Cindy’s ring finger – had been bought by someone else.

“I was devastated,” Cindy said.

“And a little upset that Ryan had let the ring I loved get away.”

But Ryan wasn’t quite telling the whole truth. 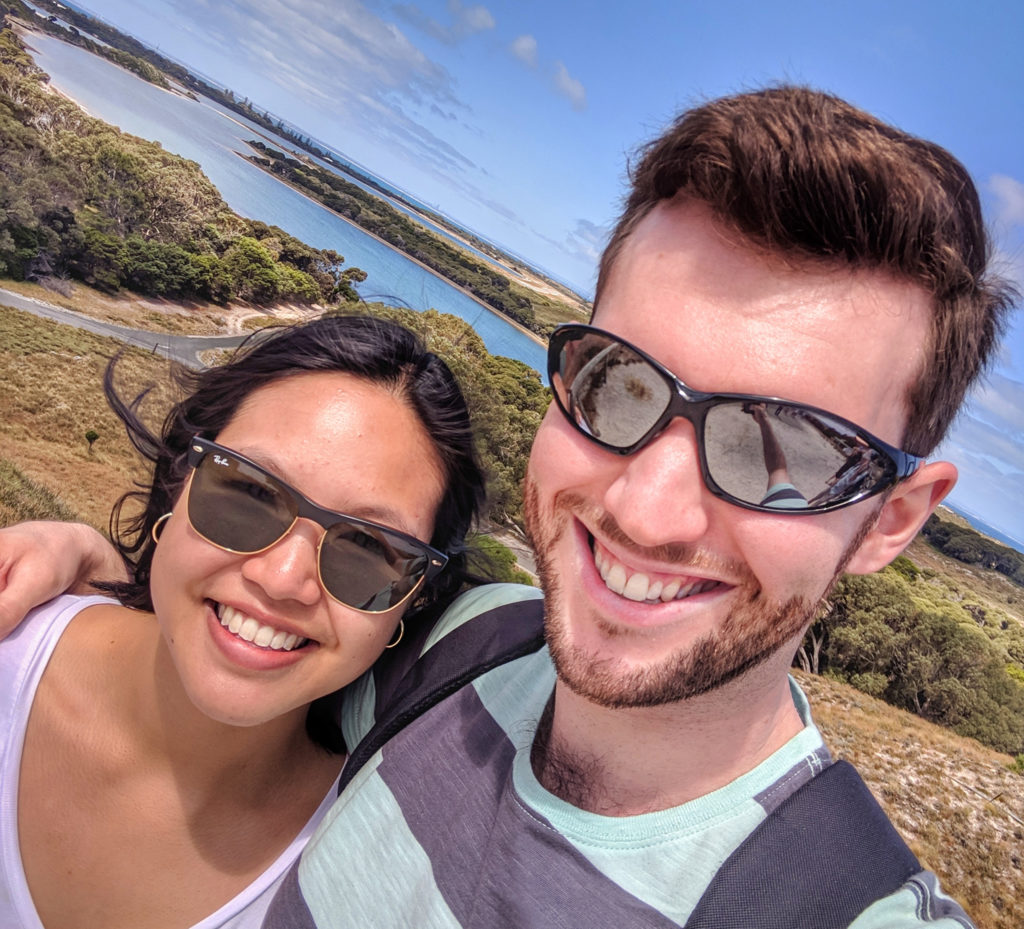 “I remember looking out over the Molonglo River when it was Coppins Crossing as a child and thinking, one day this will all be housing,” says Ryan, who grew up in Rivett.

The “someone else” who’d purchased Cindy’s dream ring was actually Ryan himself. He suggested shopping on Sunday morning for a new ring, and Cindy was less than impressed. They visited stores in Woden and the city before Ryan almost gave himself away.

“A shopkeeper asked if I had plans to propose soon and I literally froze,” Ryan said.

“I just didn’t know how to answer. I’m a terrible liar. And anyone who knows me knows that when I stop talking, it’s unusual.”

Says Cindy: “So when he didn’t answer the sales lady, I thought he was having cold feet. I thought he didn’t want to marry me anymore. It was the worst day.”

Later that afternoon, the couple – who met in 2017 as graduates in the public service – bought groceries and headed home. Ryan was desperate to head over to Denman Prospect to take a sunset walk.

“I tried to convince her it would make her feel better,” Ryan explains.

But Cindy didn’t want to go. Dressed in gym pants and a jumper, Cindy reluctantly grabbed a puffer jacket and followed Ryan out the door. They drove to the bottom of Denman Prospect’s Ridgeline Park where Ryan started reminding Cindy how much he loved her and how he could never imagine building a life with anyone else.

“And I said to myself, well this is lovely, but wouldn’t it be nice if he actually had a ring,” Cindy says.

What Cindy didn’t know was the heartfelt speech at the bottom of Ridgeline Park was part one of a two-part proposal. According to Ryan, the second part needed to take place at the actual park itself, with the ultimate sunset in the background.

“I was literally dragging her up to the park because I’d checked the weather and the sunset was due to take place at 5pm,” Ryan says.

“I could see Telstra Tower turning red out of the corner of my eye and I was like – hurry up Ryan!

“I grew up in the Weston Creek area and I knew how spectacular the winter sunsets are and I just didn’t want to miss it.”

It was worth the climb. The sky was a stunning palette of pale pink, red and orange by the time the couple arrived at the park. Ryan asked Cindy to pose for a photo looking out toward the sunset. When she turned around, he was on bended knee.

“It was surreal and it was beautiful,” Cindy says.

“I honestly had no idea, I was so shocked that there are parts of it I don’t fully remember! I always say to my friends, ‘thank God for the ring’ because I thought I’d dreamt it.” 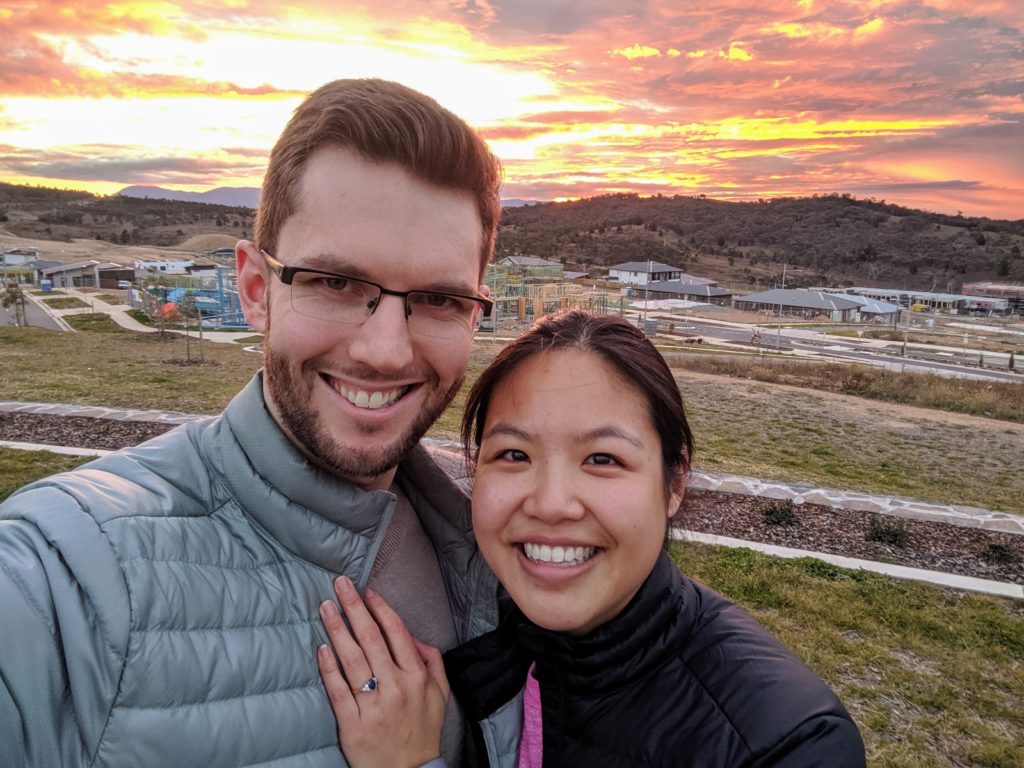 It took some effort, but Ryan got the perfect sunset for his proposal to Cindy.

The loved-up couple phoned family and friends from Ridgeline Park with the news, before walking to the site of their new terrace home at brand new development Elody in Denman Prospect.They’re looking forward to getting settled in 2020 and raising a family in Denman Prospect over the coming years, but they’re also excited to watch the suburb itself grow up around them.

“We’re very happy to be moving into a place that’s being built literally as we speak,” Ryan says.

“Every moment will be a surprise and there’ll be constant change around us – there’ll be new things to look forward to all the time.”