Dwarf galaxies and the rings of Saturn: there’s more to the Denman Prospect ‘views’ than you think…

Next time you’re driving along Cotter Road past the McDonald’s restaurant, have a close look at the neon signage.

You’ll find the golden arches low to the ground, and all other lights at the new rest stop very specifically designed to face downward. That’s because the lights are legally required to stay out of the direct line of sight of Mount Stromlo Observatory.

The street and business lighting in Denman Prospect is designed exactly the same way – and the result is the kind of ink black night sky that billions of people on earth will never, ever have a chance to experience.

With very little light pollution, Australians are among the luckiest in the world when it comes to the absolute awe of a night-time sky. Canberrans are even luckier. And Denman Prospect residents are the luckiest of all. 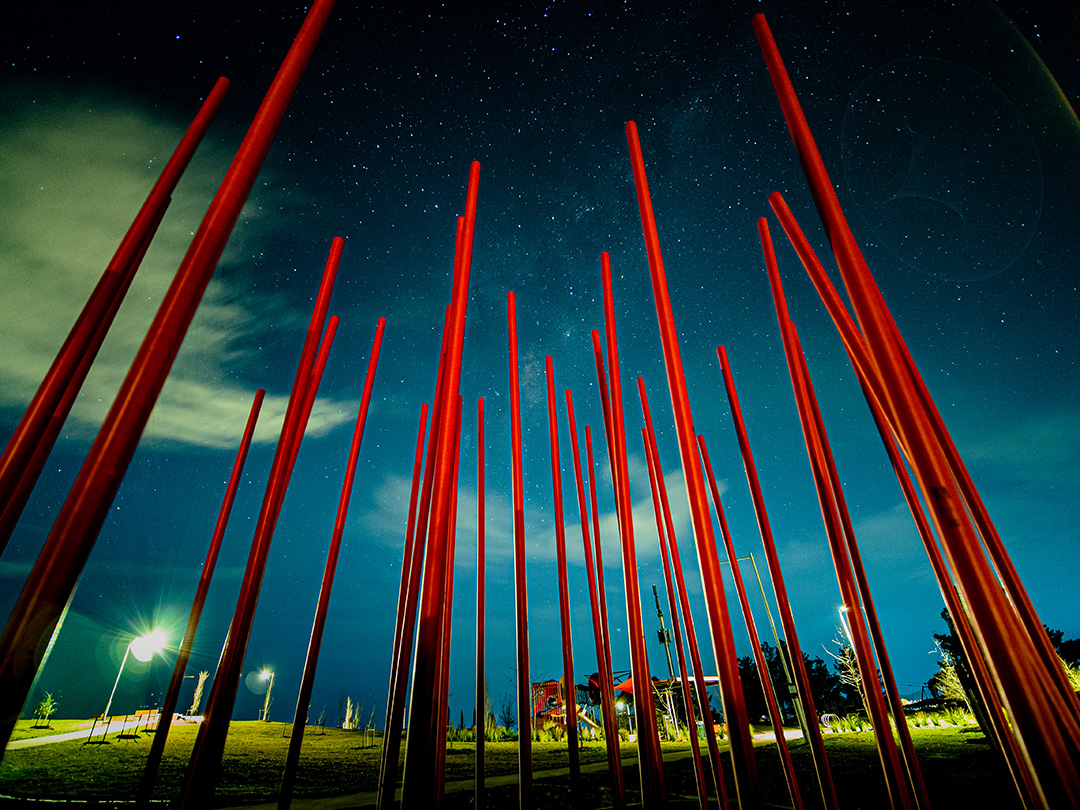 Astrophysicist Dr Brad Tucker, who works with more than 150 staff at Mount Stromlo Observatory ANU, describes a moment standing in his backyard, watching satellites pass by overhead, as one of the main reasons he left his native California for Canberra. He’s currently conducting research into exploding stars – or supernova – from Mount Stromlo.

“What we can see here in Canberra with the naked eye is phenomenal,” Dr Tucker says.

“And anyone situated on the western edge of Canberra – the Molonglo Valley, Denman Prospect – will have very dark skies to the west, some of the darkest in Australia.”

The best place to stargaze at Denman Prospect is Mount Stromlo, Dr Tucker says, but you’ll also get incredible views of the night-time sky from the deck at Ridgeline Park. And you don’t need a telescope to see planets and even dwarf galaxies from Denman Prospect.

“If you have a nice clear view to the south, on a moonless night, you’ll actually see two fuzzy clouds hanging out in the sky – the small and large Magellanic Clouds,” Dr Tucker says.

“They’re more than 150,000 light years away and they’re dwarf galaxies, made up of billions of stars, and they’re being sucked into our Milky Way galaxy.”

The constellations Orion – known affectionately by Australians as ‘The Saucepan’ – and Pleiades, or Seven Sisters, are both features of a Denman Prospect night sky. Venus, Jupiter and Saturn are all visible with the naked eye on a clear night, appearing as incredibly bright shining stars that don’t twinkle. 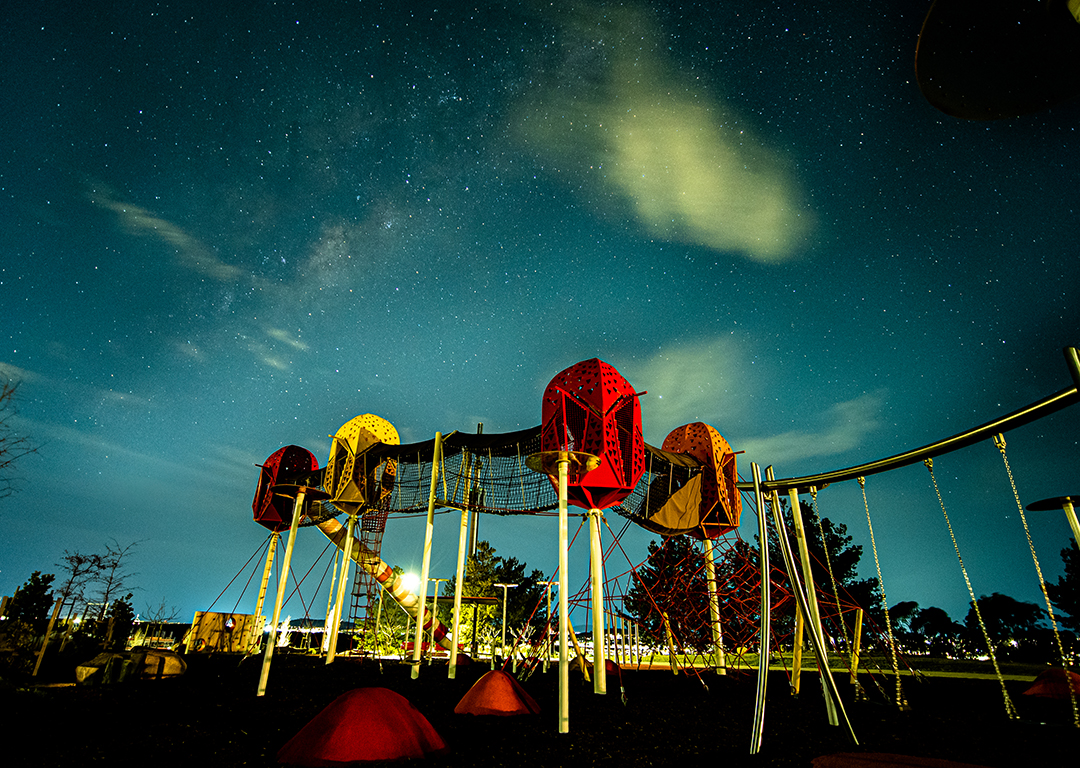 “Autumn and winter are the best times to stargaze at Denman Prospect – you get the Milky Way nice and high above you, the Magellanic Clouds are visible early, and there are lots of planets to see.

“Sydney and Melbourne people just don’t get to see this stuff.”

If you’re lucky enough to own even a basic telescope, you’ll “see the exact same thing that led to Galileo proving that the earth wasn’t the centre of the universe,” Dr Tucker says.

And if that wasn’t enough, staff at Mount Stromlo will be putting on some pretty amazing laser shows for the residents of Molonglo Valley in 2020. Two powerful lasers – one green and one yellow – will be used at the observatory to trace and de-orbit space junk.

“We can find an object about one centimetre wide, 3000 kilometres above the ground,” Dr Tucker says.

“So if you start to see lasers from the mountain don’t freak out – it’s just another night for the team at Mount Stromlo.”

Mount Stromlo Observatory is the headquarters of the ANU Research School of Astronomy and Astrophysics, a world-respected community of researchers exploring the heavens. It’s open to the public over several nights in winter (the best time to view the night sky).  To stay up-to-date head to https://rsaa.anu.edu.au/observatories/mount-stromlo-observatory