We wanted to know where to walk around Denman, so we asked the local chiropractor.

Peter Garbutt’s a new tenant at Denman Village Shops but his vision for a future Denman Prospect is ambitious. 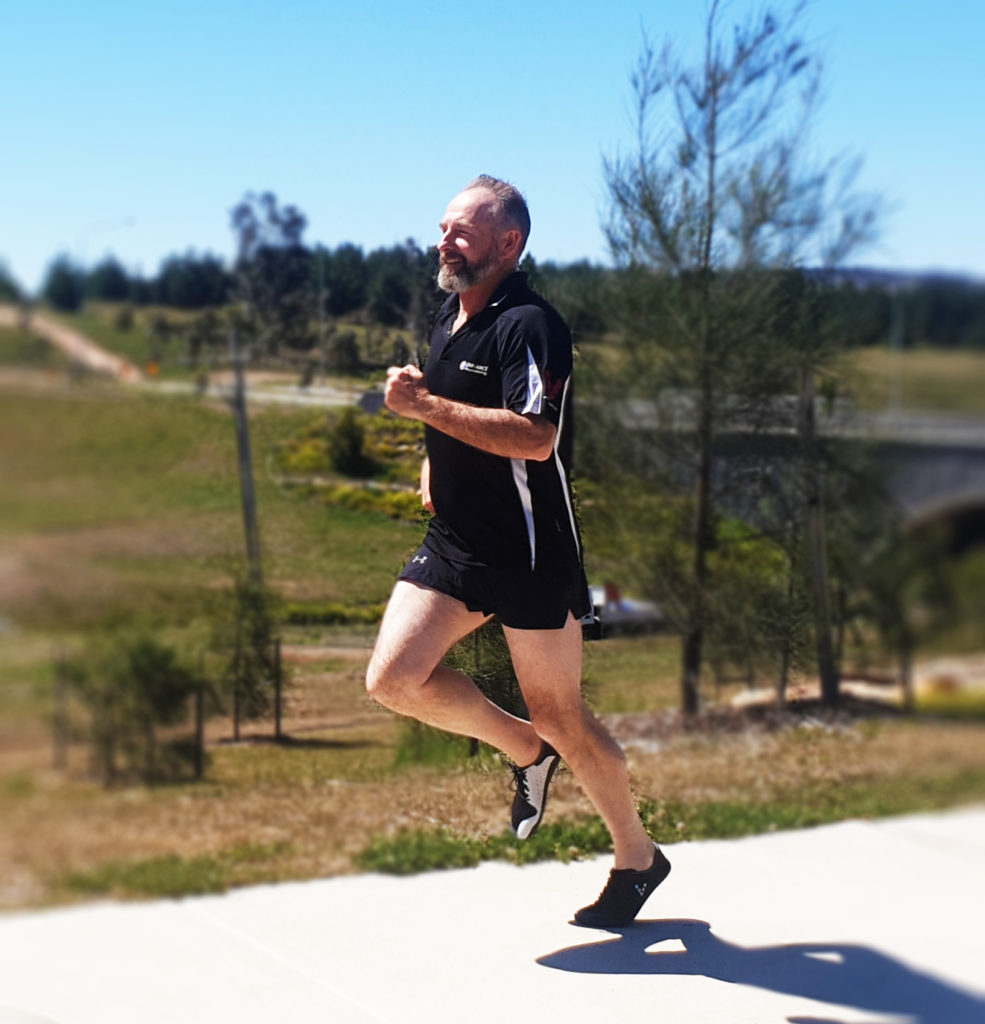 Pete’s the owner of Enhance Healthcare, a sports and family chiropractic centre, and his dream is for Denman Prospect to become “the healthiest suburb in Canberra”. Nick Johnson from Capital Chemist is in. So is the team from Your GP and, of course, the team from Club Lime. Pete wants to see physical and mental wellness at the top of the list of priorities of every single Denman Prospect resident – whether they’re four or 94.

“Denman Prospect is such a beautiful place, a wonderful opportunity, and designed and built for activity,” he says. Pete definitely walks the talk – or, more accurately, runs the talk, when it comes to physical activity and wellness. He leads running workshops in suburbs across Canberra, “re-teaching” people how to run and undoing the potentially dangerous movement patterns caused by hours of sitting. If there’s one thing he wants Denman Prospect residents to do every day, it’s move.

“We’re essentially designed to be mobile and active beings,” he says. “Yet we keep coming up with new and innovative ways to sit more. Oh, look – I can control all the lights in my house from my phone now. Aren’t I clever? That just means I move even less. “We create artificial opportunities to be active – like running on a treadmill rather than running outside or jumping up on a rack in a Crossfit gym rather than climbing a tree.”The incredible nature surrounding Denman Prospect and infrastructure that facilitates safe walking and running are the antidote to this problem, Peter says. In line with his vision to be the healthiest suburb in Canberra, we asked Pete for his top three walks or runs in and around Denman Prospect to suit a range of fitness levels.

Route 1: Perfect for babies and dogs

Start at the park next to the land sales office, Pete says; walk through the park and up over the back of the suburb.

“You get to see the back of Denman looking out across Stromlo and it’s beautiful,” he says.

“Then head left and there’s an amazing pathway through the woodlands, back down to the front of the suburb. This is why Denman Prospect can be the healthiest suburb in Canberra – the facilities we have here, the pathways. It’s absolutely beautiful.”

Head down past the pond and sculpture, back up and along the school site. And then back up Wyndham Avenue to the land sales office

“It’s got a little bit of a hill in it, but it’s generally quite a comfortable and easy walk to do. You can do that with a pram, you can do that at a conversational pace, with a dog. 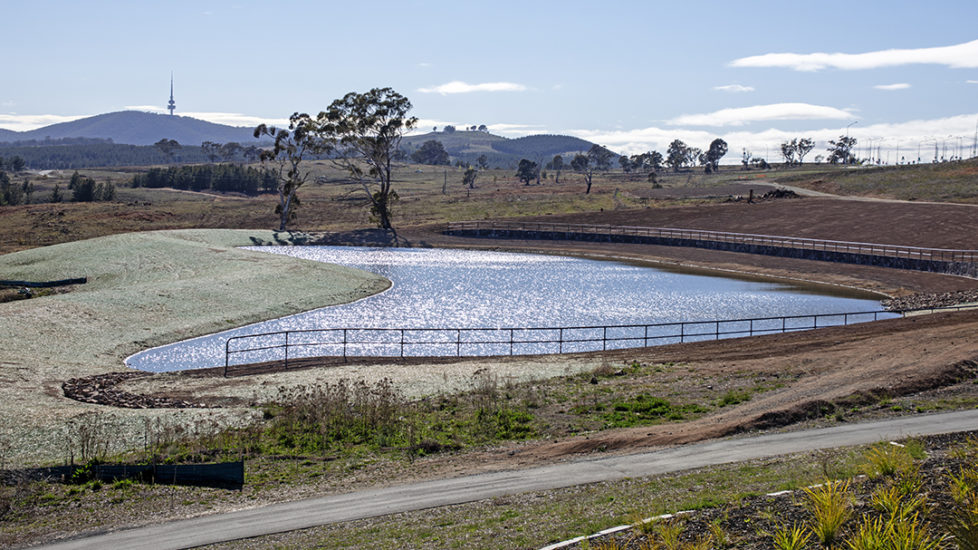 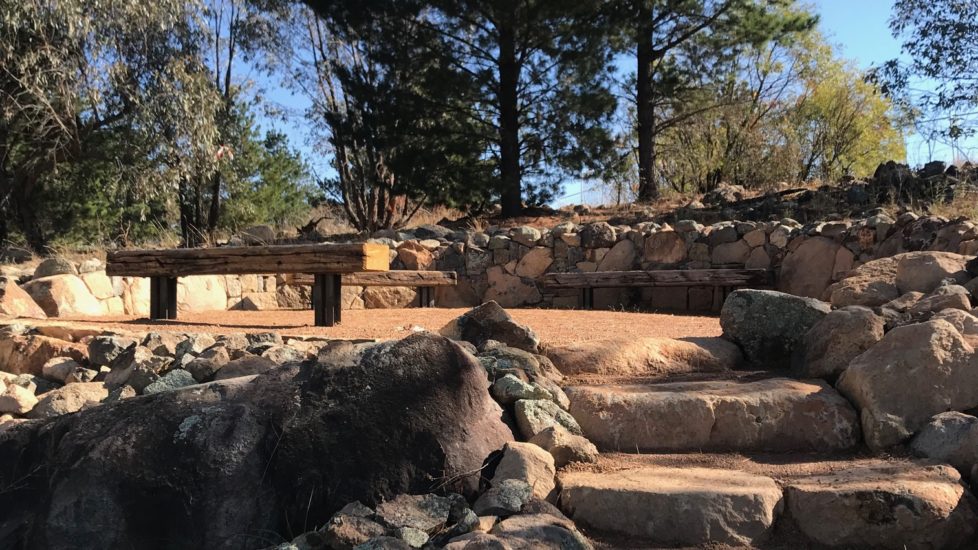 It’s also perfect to start this walk or run at the land sales office but you “can start from anywhere” Pete says.

The loop includes a walk or run up Wyndham Avenue to the Ridgeline Park trails on the south.

“Catch up with the great playground at the top, go along Trinket Street past the outdoor table tennis tables and then over past the shops.”

If you’re training for a fun run or even a marathon, Pete suggests putting routes 2 and 3 together for a total of 6km.

The trails on the opposite side of the Molonglo River, near the future Denman Prospect Stage 2, are not “highly technical, cross-country running.” Pete says, but definitely an opportunity to go off-road.

Start at the Denman Village Shops and walk or run out over the yet-to-be-used bridge.

“And from there, we head up the big hill in front of us, which has got quite a pinch,” Pete says.

“If you’re hardcore and want to put some work into those legs, you can run all the way up to the top.

“The view at the top’s lovely – you look back across the valley, across over to Black Mountain.”

Pete’s bonus tip – add all three walks or runs together for a 9.5km challenge. 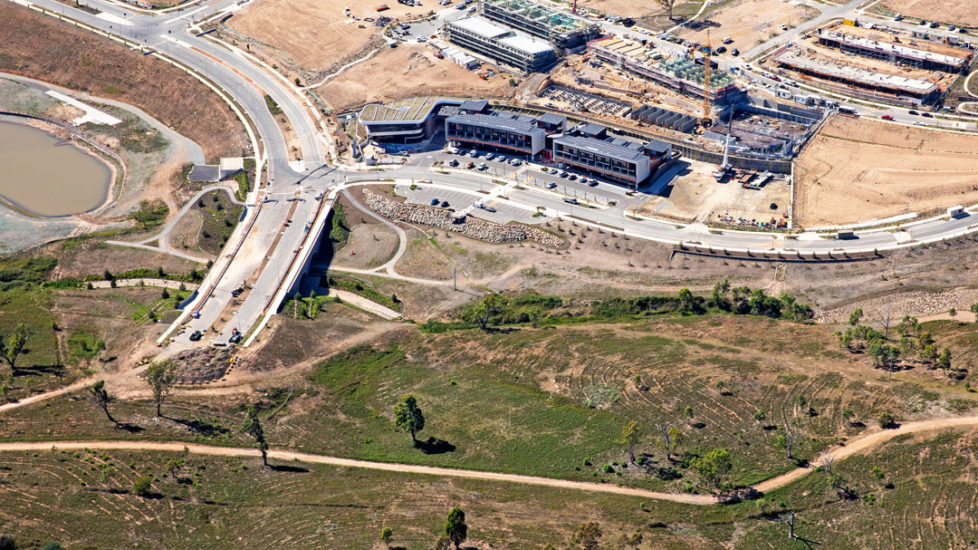